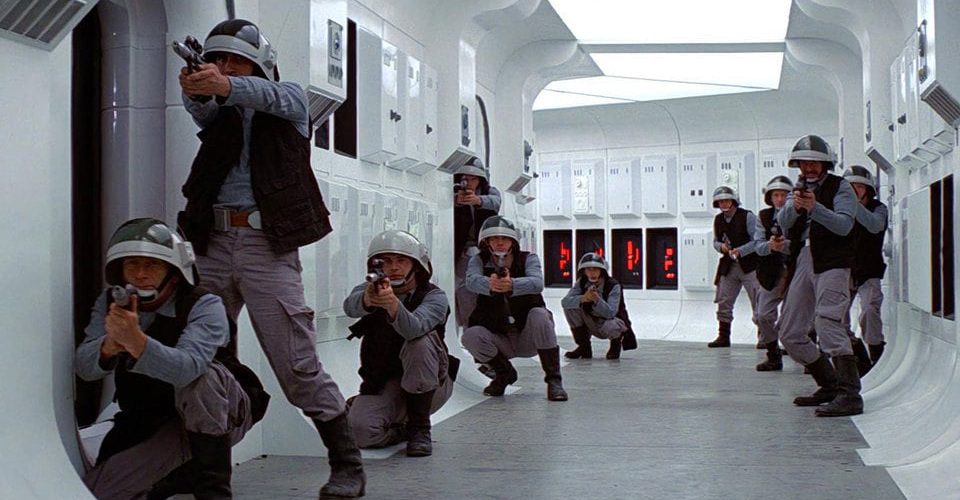 The IACP Steering Committee has been busy with the project as well, gathering data we’ve received from your playtesting efforts, responding to questions, and attempting to make improvements to both our system and our specific changes. Starting today we’re going to implement some changes that we feel the majority of the community is asking for.

On the Lam Option B Coming In Two Weeks

The committee has had some very passionate debate these past two weeks about On the Lam. We’ve observed that over time the On the Lam feedback has been more and more positive, with some of you calling it a perfect errata. Others recognize the need for a nerf to On the Lam, but didn’t approve of our specific implementation. Still others felt that On the Lam was fine as it was before our proposed change.

We’ve received some specific suggestions concerning our version’s custom timing window. Some felt that though the card previously existed in a custom timing window (between the re-roll step and modifier step of an attack) an optimal solution would be to simplify the card to fit into an established window. Those who asked for this simplification noted that the “on declare” timing window would best fit the card. This change would mean that the card would be played after the attacker used their “on declare” cards, such as Tools for the Job, but before dice were rolled.

Some of you also felt that the ability for On the Lam to negate attacker “on declare” cards created the ability to “bluff” your opponent, adding a mind game element to the card. The original version of On the Lam required an attacker to guess whether the defender was holding On the Lam and potentially risk wasting Command cards on that guess. Our change decreased the impact of that guessing game: the attacker still risks wasting an attack action and potentially a focus when declaring an attack against a smuggler, but the difficult decision of whether to risk Command cards is lost. The guessing game was flipped to the defender: whether or not to use On the Lam before the attacker tipped their hand. We recognize that difficult decisions such as whether or not to risk wasting a Command card do add value to the game.

Instead of the steering committee dictating an On the Lam change, we are putting the decision in your hands. We want you all to test 2 versions of the On the Lam card for the remainder of this Season:

The Current IACP version of On the Lam will remain in effect until Sunday, May 12th. For official IACP purposes please continue to use the current OtL change we suggested:

Use when an attack targeting you is declared, before any attacker abilities, to perform a move.

Starting Monday, May 13th, IACP will adopt this new version of On the Lam:

Use when an attack targeting you is declared to perform a move.

For this second version of On the Lam, we wanted to address concerns that the card was too complex. Moving the card out of the custom timing window and into the Declare Target attack step simplifies using the card.

With this move cards played by the attacker during the on declare step are once again trumped by Lam, but the Lam player still does not get the chance to examine die results before playing the card. In particular, the attacker will lose the following when this version of On the Lam is played:

Though the date we’ve chosen marks the official IACP test period for the newer version of On the Lam, feel free to test either version moving forward throughout the Season. We believe both IACP versions of On the Lam have value and deserve a fair shake in testing. The main question that remains unanswered is a question of balance versus simplicity. Moving the On the Lam window before attacker cards puts the card more in line with the power level of the best cards of other traits. Moving On the Lam to the “on declare” step simplifies the card. Keep these in mind while play testing to help us decide which version is a better fit.

At the end of Season 1, the On the Lam vote will have two parts:

We’ve received a lot of feedback that the Imperial Assault community does not want the IACP to include any arbitrary rule changes at this time. The committee recognizes that the Hunter card restriction fit into this category. The committee still recognizes that the Hunter trait is restricting the competitive meta, but we also recognize that our solution is not acceptable. The Hunter Card Restriction rule has been removed. Instead, the IACP will try to address the Hunter problem by targeting a single Command card: Assassinate.

We are still hopeful that preventing Hunters from stacking a massive amount of damage in one attack will open up the meta for non-hunter single figure deployment groups. As we said in the Intelligence Leak article a few weeks ago, “Assassinate (with its static 3 DMG output) combining with the other Hunter and attack cards is the catalyst causing a single attack to be too powerful.” Since then we’ve honed our approach to what we feel is a much more elegant solution than our previous attempt: changing Assassinate so that, when it is played, it is the only card an attacker can play for that attack. Moving forward this season we’ll be testing the following version of Assassinate:

Use while attacking a figure. If this is the first Command card you play during this attack, apply +3 DAMAGE to the attack results. You cannot play other Command cards until this attack resolves.

We feel that this version of Assassinate also adds both a layer of strategic complexity and a thematic element to the card. An attacker now must carefully decide when to play his other Command cards around this restriction. We also feel that there’s a thematic element to holding back your other cards, like a sniper holding his breath while he lines up a headshot. This rewording of Assassinate prevents the maximum damage spike potential for Hunters and should open up the meta to figures previously vulnerable to being one-shot killed. The change doesn’t completely limit stacking damage when using Assassinate: A Focused figure still adds a green die to the attack pool, figure abilities (like Hondo’s Negotiate & Weequay’s Raider) can still be used during the attack.

We wanted language that would be as intuitive as possible while also matching Imperial Assault’s established rules language. We felt that this version is the simplest wording that fits this criteria. To assist with your understanding of how Assassinate affects the attacker using other cards and abilities, please refer to the following table:

We’ve enjoyed reading about your experiences with playing Diala Passil with our suggested Skirmish Attachment. Most of you have been excited with her versatility and we’ve been impressed with your creativity of using her in existing list archetypes and in creating new archetypes, like a proper Rebel Force User strike team.

The feedback on Diala has been pretty consistent: she’s a blast to play, but may be too strong. Her 5 speed and Force Throw ability give her a level of utility that is unique to the game, and we don’t want to sacrifice that element of her card. Instead we’re simply increasing her cost for now to see if that puts her in line with other meta figures. From now on the Exile Redeemed version of Diala will cost one more point. We’re also changing her defensive reroll ability, so that if she rerolls into a DODGE she instead gains 2 BLOCK 1 EVADE. If she still proves too strong at this price point, our next nerf will be to her attack, and then we’ll nerf Force Throw if all else fails.

We’ve also rolled her changes into a single card for now, which means you’ll be able to bring her into the Mercenary faction with Temporary Alliance. At the end of the Season, part of the vote for the Diala fix will be whether the changes should be on an attachment, as an errata to her current card or released as a new, separate Elite card.

When we began this Season 1 of our design philosophies was to add new variety to the game through unique character attachments such as the Exile Redeemed attachment. This method preserves the original version of the card so players could choose whichever version they preferred. This also keeps the characters locked into their own factions. We’ve gotten some feedback that some players want us to keep the upgrade on a single card as an errata. This also allows the fixed characters to be brought into other factions via Temporary Alliance. We also see potential value in releasing new Deployment cards of existing Unique figures, especially creating Elite Deployment cards for the Unique Regular Rebel heroes from the campaign. This method allows players to use the “old” versions when they might fit, but can also access “new” versions that are specifically designed for the post-Jabba’s Realm world.

The community seems to be in agreement that Sabine Wren is a strong character at a cost of 7, but whether she’s deserving of a nerf has been the topic of some debate. Before the IACP changes she was present in many of the non-Spectre meta lists. Many identify her free grenade as the main source for her power, although some also consider her Command card, Rebel Graffiti, to be a contributor. That being said, she wasn’t given a lot of time for competitive testing without the looming spectre of, well.. Spectre Cell. At this point we think we were premature in assigning her a nerf for this project. We’re going to revert her to her original cost for now and see how she fits in. The Assassinate nerf should help bring her closer to the main power curve. If she continues to dominate we’ll consider changes to her grenade such as adding a strain cost or changing the die to blue or putting her back at 8 cost, but for now she’ll go back to FFG’s version.

Luke Skywalker, Hero of the Rebellion Cost reduced from 9 to 7

The communities response to Luke Skywalker HotR has been unanimous: He’s still unplayable at cost 9. In response we’re aggressively dropping his cost another 2 points to 7. As always we need your help assessing Luke’s power level through playtesting.

We’d like to reiterate how humbled we are by the community response to this project and how grateful we are for everyone’s enthusiasm and participation. We’re doing our best to refine our process as we go and we understand that it can be a lot to track. If you haven’t seen, you can download the Official Changes document as a PDF, which lists all of the current and previous changes made this Season. We’re also working on adding our content to popular listbuilder tools, so that assembling your army will be much smoother. We feel that working together with you we can make it into something great. Thank you so much!