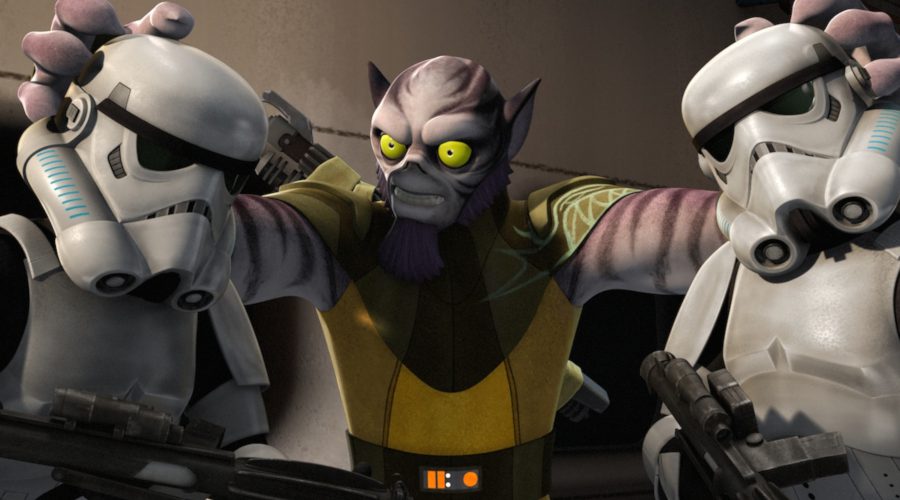 One of the goals of Season 3 was to provide some new tools for figures with the Guardian trait. Doing so was tricky due to how the Guardian trait is used by FFG developers, especially within the Imperial faction. With their Sentinel ability, Royal Guards can add a block result to an adjacent non-Guardian figure; when used in conjunction with Zillo Technique, it can be especially difficult to finish off high-value Imperial targets. It seems that as FFG created new Imperial deployments, they would add the Guardian keyword to them so they could not benefit from Sentinel. Unfortunately, it seems that FFG also left the Guardian keyword fairly underdeveloped for Rebels and Mercs.

Given this assessment, the Steering Committee looked at several different ways to add what we felt was core Guardian-like gameplay results to the game: Damage mitigation, using both attack redirection and defensive boosts. We wanted to add this damage mitigation carefully, as to not enable Guardians making themselves or the figures they protect nearly invincible. Letting a player help keep his Darth Vader alive for one attack is one thing, but making Darth Vader impossible to defeat would make those games less fun for everyone.

We elected to use Command cards so that players wanting to increase their Guardian viability must do so by dropping other cards that might increase game control or attack power. Additionally Command cards present the risk that the cards may not be drawn when needed during the game. For more about each Deployment change listed above, please check out the Season 3 Rebels & Season 3 Imperials Introduction posts.

Below are the new & changed Command cards we’re introducing for Season 3. Remember that your feedback during the Season 3 Discussion period will help determine if these cards should be adjusted or dropped for Season 3 testing. Additionally please keep in mind that the card images below are not the final images that we’ll use for distribution for testing.

New Command Card: Get Behind Me!

Update Monday, January 27th: Based on community feedback, we have simplified the wording on this card. Replacing “move up to 3 spaces” to “place your figure” is a significant gameplay change that allows the Guardian figure to skip entering & exiting spaces other than the figure’s starting and destination spaces. The paragraph below is updated to reflect this change.

The Bodyguard Command card (found in the Royal Guard Champion A/V Pack) gives players the ability to force an attacker to attack a different target. The limitation is that the Guardian who takes the attack away from the intended target must already be adjacent to that target space. This new card works similarly to Bodyguard, except it allows a Guardian or Rebel Force User to place their figure adjacent to the target space to take the attack, allowing a bit more positioning flexibility. When this card is paired with two copies of Bodyguard, increases the likelihood that one of these cards will be in a player’s hand when needed.

Our restriction on non-Guardians and non-Brawlers is to prevent Darth Vader and other high-Health Guardians & Brawlers from benefiting from this card. Imperial Guardians can still protect Vader with the Bodyguard cards, but they’ll have to move with Vader and be exposed to attacks to do so.

The Guardian trait lacks a proper 3-point Command card. We wanted a new 3-point Guardian Command card to be as strong as other 3-point “apex” cards: Assassinate, On the Lam, Grenadier, etc. So it would make sense that an “apex” Guardian card would reduce any damage suffered by an adjacent figure. This damage could be suffered from an attack result, unblockable damage from an enemy figure’s ability (such as Sabine Wren’s Parting Gift) or damage suffered through the effect of a friendly ability or card (such as suffering 2 strain as damage from the Grisly Contest card). That the Guardian figure playing the card does not suffer damage for playing the card pushes the card in the proper 3-point Command card power level.

Update January 23rd: Based on feedback from the community, we have updated the text on Soften the Blow to use the phrase “Use this card before [a figure] suffers damage”. This clarifies that the card is used before the damage suffered is applied to the targeted figure.

With Guardians getting into the line of fire, the Steering Committee felt like they should have the potential to defend themselves better. FFG’s version of Parry doesn’t do enough against the kind of damage output that is typical with attacks with multiple buffs and/or rerolls. Adding a block and an evade to a figure’s defense results will result in some damage reduction. Brawlers (figures that typically are melee or close-range fighters) also should benefit from this card. Keeping the cost of the card as zero means that it does not impact against a player’s 15 point Command card limit and that attackers may elect to remove Parry using Negation or Comm Disruption.