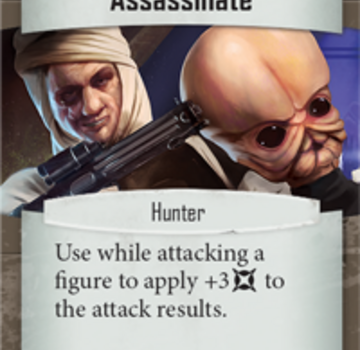 The Steering Committee is delighted to announce that our Season 5 Community Voting survey is now live. The voting period runs until Monday, April 26th. The last day to vote will be April 25th at midnight PST. This post contains details about how the voting process works and how you can vote.

Click here to complete your ballot. The survey requires Google Account authentication in order to prevent vote manipulation. If you do not have a Google Account and wish to vote, send an email to iacontinuityproject@gmail.com or leave a comment on this post and we will send you a ballot.

Each ballot question will have two options: Approve & Disapprove. In order for a card or change to be considered approved by the community (IACP Approved), the amount of Approve votes must total 70% or greater of all votes received.

Cards that are IACP approved will be added to the IACP Changes list and not be changed or removed in future seasons unless the IACP Steering Committee determines there is a need to do so for balancing reasons. “Approved” status means that a card is here to stay, though an Approved card may be reintroduced in a future season if updates are needed to improve its playability.

You may elect to disapprove of a card for many reasons, including:

Season 5 is the first Season in which we’ve tested removing a card from the IACP change list, which was undoing the nerf that was applied to Assassinate back in Season 1. Approving this change means the Assassinate card will be reverted back to its printed FFG version for all future IACP seasons. Disapproving means that the Season 1 nerf will stay in place for Assassinate for future seasons. There will be an explanation on the vote for this card to make sure this is clear.

We trust your reasoning. At the end of each section of the ballot, you’ll be provided a space to share any additional details about your vote. This written input will not be shared outside of the IACP Steering Committee. Cards and changes that are not approved may appear again in a future Season with further improvements. A vote to disapprove a card is not a vote to permanently remove that card or figure from IACP, but merely a signal that the card needs to be redone or improved before it should permanently enter the ranks of IACP play.