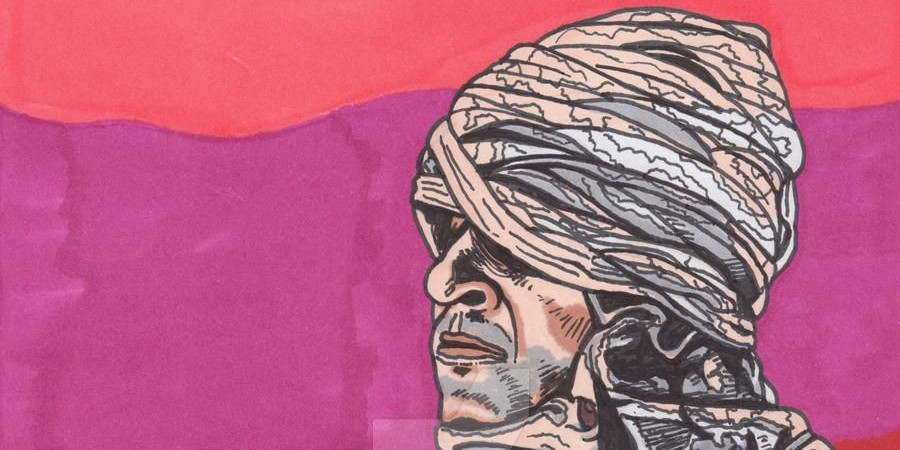 The IACP Steering Committee has been reviewing your playtesting feedback and listening to your comments about Season 3. With Adepticon (and our IACP Super Regional, which will be using Season 3 content) happening at the end of March, the Committee felt it necessary to apply some needed balance changes to a few of the Season 3 cards. You’ll find we have updated five cards the Official Changes v3.1 document and Printable Cards v3.1 PDF. Read on below for details about these five updates.

The Committee designed Yoda to be an ally to all Rebel Force Users, but the testing results showed that he was not helping as much as intended. In positive feedback, most of you were surprised that Yoda can survive an attack or two, and how effective he is at the end of the game with “Mind Muddle”. You told us that Yoda worked best in a box composition, where he could help Luke Skywalker, Hero of the Rebellion take Focused shots from afar and protect nearby figures with the threat of “Mind Muddle”. Most of you found “Wisdom” a nice ability that allowed you more control of your Command deck.

However, you were disappointed that melee Force Users — every other Rebel Force User outside of Farmboy Luke — did not pair up well with Yoda. Yoda’s slow speed and limited range on his “Do or Do Not” ability meant that melee Force Users don’t get to attack with a Focus more than once per game. You also told us that “Calming Presence” doesn’t assist melee Force Users very well: For example, to remove the Stun from Ezra Bridger before Ezra can activate, players would have to activate Yoda first, allowing your opponent to get a chance to activate Ezra’s intended target to run away or attack Ezra again.

With this update, we’ve reworded “Calming Presence” to work more like the Skirmish Upgrade Unshakable: Before a friendly figure activates, it may remove 1 Harmful condition and then suffer 1 <strain>. This allows melee Force Users to still maintain an activation advantage. “Calming Presence” is still limited to once per round and there are no range restrictions on the ability. Additionally we’ve extended the range on “Do or Do Not” to be up to 4 spaces away from Yoda. This allows Yoda a better chance at reaching out with his ability from behind cover. The range of 4 spaces also duplicates the range of Yoda’s “Mind Muddle” ability and the range of his “There is No Try” Command card ability.

Overall you have been impressed that Biv Bodhrik, once a deployment worthy of derision, has been reborn into a monster. However a significant portion of our community have told us that Biv is too strong. In our Playtest Feedback survey, he leads all cards with the number of “Strong” and “Overpowered” votes. The combination of increased defense, his ability to apply strain in bulk and being able to make two full attacks with “Brutality” impacts a game in ways that have been construed as unfair and not fun.

The Committee still wants Biv to be a very strong figure at 8 deployment points, but we agree that he puts out way too much damage with his multiple attacks. Thus we have removed his “Brutality” ability and replaced it with “Multi-Fire”, which is taken from the Elite Sentry Droids. The damage reduction on “Multi-Fire” should take some of the punch out of his overall impact in the game.

We’ll still be monitoring your feedback about Biv. If he still proves to be too strong, the Committee is considering reducing his attack output even further, or making him a bit easier to kill once he commits to attacking outside of cover.

With his new life in Season 3, Dengar has become one of the most feared bounty hunters in the IACP. Most of you told us that with his new “Need for Pain” ability, Dengar finally felt like a Hunter that could punch hard enough as an unique figure. However we’ve found that our playtesters are also concerned that Dengar can punch hard and use “Punishment” to apply more than 1 Harmful condition. That Dengar can Stun a figure — the most limiting Harmful condition in the game — and also do upwards of 5 or more damage started a discussion in our community about whether or not a figure that can Stun should be allowed to also do so much damage.

While the Committee is still monitoring and continuing this conversation, we do feel that the combination of “Need for Pain” (which allows Dengar to become Focused) and “Contempt” (which gives Dengar +1 <surge> when he declares an attack on a figure without a Harmful condition) enabled Dengar to do too much during his attacks. Our current solution is to remove the “Contempt” ability. While Focused and without the extra surge from “Contempt”, Dengar’s odds to roll at least 2 surges is roughly 56% versus 1 black die and roughly 33% versus 1 white die. We feel that now without “Contempt”, Dengar should have more tougher choices between applying extra damage or committing to applying more than one Harmful condition.

The Committee will be monitoring your opinion & playtesting results with this less-contemptuous Dengar. If he is still causing players to feel that he is unfair and not fun, we will look to further restrict his damage output. We will also be watching usage of his “Payback” Command card closely to ensure it does not cause problems.

The Steering Committee was excited to see if our change to the Elite ISB Infiltrator would add this once-forgotten deployment back into Imperial lists. While most of you appreciated the attempt, you let us know what you felt was the ISB Infiltrator’s real problems: A significant problem in damage output compared to similarly-costed deployments (like Elite Jet Trooper and the new Elite Scout Trooper) and the problems with keeping a figure with 6 Health and white defense die alive through most of the game. You also told us that our modification to “Coordinated Raid” — which gave the figure who performs an attack an extra 2 movement points — wasn’t really that helpful of a change.

With your feedback, the Committee has elected to scrap our change to “Coordinated Raid”. The ability now reads the same as it did in the original FFG version. To address the attacking and defensive concerns you have with ISB Infiltrator, we have added the “Stealthy” ability to the card, which allows these figures to become Hidden once deployed on the map. We feel the +1 <surge> when attacking while Hidden allows these figures now to choose to do more damage or potentially become Hidden again to buff their next attack (which might be from the other figure’s “Coordinated Raid” ability). Staying Hidden as much as possible also allows them to be safer from long-distance attacks.

The Committee hopes this change inspires more of you to try the ISB Infiltrator out in your lists.

When we first announced Parry, several members of our community were concerned that this card would be too strong, especially when helping a high-value Brawlers like Darth Vader survive an attack. The Committee felt like the potential to apply an additional <block> and <evade> could have some significant consequences, but since the card could be cancelled via the “Negation” Command card and other means meant it would be strong but fair. We elected to wait on making any changes to the card at the start of the Season and wanted to see what came in with playtest feedback.

It was clear from your feedback that this new Parry does impact games too strongly. In some cases, this zero cost card was removing up to 3 damage from an attack. Reverting the card back to its original form — where only +1 <block> is applied — would just make the card not played and ignored again.

Instead, we’ve elected to allow the defender to choose between applying +1 <block> or +1 <evade>. With this choice, the Committee feels that Parry now gives players a chance to impact a potentially-damaging attack roll without it being so overbearing on two-die attackers. Giving Vader or another Brawler or Guardian a chance to evade also means Parry is not worthless in Imperial lists with Zillo Technique. We’ll be watching your feedback on this new Parry closely to ensure that the card still feels playable, strong but not unfair.

We hope these five changes inspire your list building options for both casual and competitive play. Some time after Adepticon 2020, the Steering Committee will be reviewing your feedback on some other cards that have not met expectations for improvement and usability. Until then, keep sending us your playtesting data and talking with us about the project.